Remote Viewing & the Possibilities of Consciousness 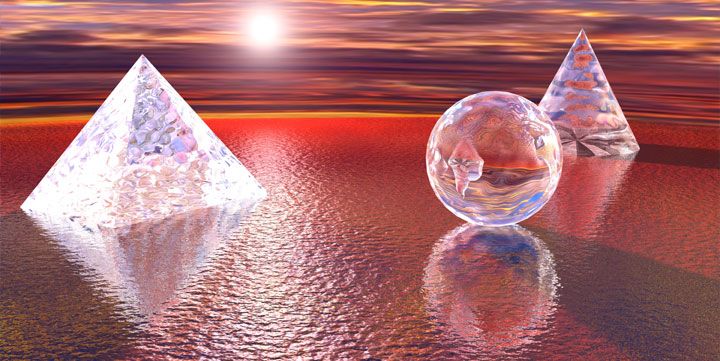 This is a small section taken from Rick Collingwood's book Go Deeper entitled 'It's all in the Mind'.

Reality is constructed by consciously observed perceptions within third dimensional time space and matter. Whenout-of-body explorers claim that they passed through solid walls during their experiences, they are contradicting perhaps the most fundamental perceptions of human observers. Science condemns such assertions as either fraudulent or hallucinatory because if they were accepted as legitimate, our entire conception of reality would collapse – an appalling prospect, challenging the credibility of science, religion, the churches and all self-appointed observers.

Some of the scientifically proven capabilities of human consciousness can be investigated further in any of three books. Lyn Buchanan who was a remote viewer operative in the US Army and for the DIA penned the first book, 'The Seventh Sense'. This book is accurate and informative about the history and mechanisms of Remote Viewing. The second book, 'Psychic Warrior', was written by David Morehouse about his experiences with the US Military and the NSA during his involvement with the psychic spy programs, some of which were codenamed operations Stargate, Centre Lane, Sun Streak and Grill flame. The book is titled 'Remote Viewers, the secret history of America’s psychic spies', and was written by Jim Schnabel, a freelance science writer. It is a fascinating, accurate and well-researched book.

Fort Meade military base in Maryland, USA, is one noted remote viewer establishment where operatives projected into what is termed “the ether” whilst conscious left brain activity (reasoning) functioning. Monitors sit with the remote viewers, giving instructions and taking notes on the often astoundingly accurate impressions reported back by the viewers.

A considerable amount of scientific research was documented on the methodology, accuracy and effectiveness of these sessions, at the Stanford Research Institute, whose web address is printed later in this chapter for further exploration. Because there are too many variables within third dimensional existence to ensure that the future is fixed in the present, the name 'Probable Futures' was assigned to what is viewed of perceived future events.

Some interesting quotes in Schnabel’s book…