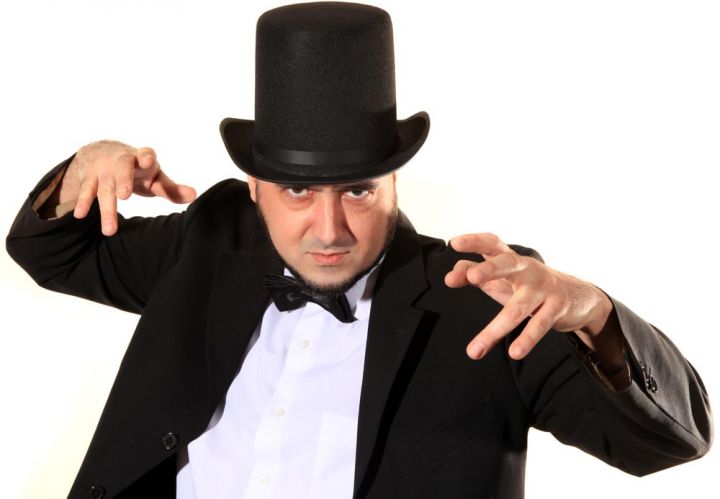 I was surprised to read in the news recently that Daryl Somers (host of Hey Hey It's Saturday & Dancing With The Stars here in Australia) is about to host a new TV game show called 'You're Back In The Room' based around stage hypnosis. Daryl is joined by Irish hypnotist and mentalist Keith Barry who will hypnotize contestants and set different tasks as they compete for cash prizes. Apparently the show will air in Australia very soon on Channel 9 and I am very interested to see what it is all about.

So anyways, this new show got me thinking about stage hypnosis and people's fascination with this, so I thought I would write this article and dispel some myths about it all.

Firstly, What Is Stage Hypnosis?

We've all seen people be hypnotized on stage and do silly things like 'cluck like a chicken' all in the name of a good laugh. This is stage hypnosis or comedy hypnosis. It is purely for the purposes of entertainment and involves hypnotizing audience members and then instructing them to do silly things. This is of course completely different to hypnotherapy which is the use of the trance state for therapeutic purposes, although both involve a similar induction process to reach a state of trance. It can be said that many of the original hypnotists, and even pioneers like Anton Mesmer, were the original stage hypnotists. Early practitioners of hypnosis and mesmerism were all about initiating very deep and instantaneous levels of hypnotic trance through rapid inductions and fascination techniques. This is just as you would see on stage. In more modern times, especially since Milton Erickson, this is not so much the case.

This is always the first question people ask. The truth is that most stage hypnotists are the real deal and what their participants do is completely real also. Of course there a few 'shonksters' who get people to pretend they are hypnotized, but this is actually relatively rare. What you see on stage is in most cases 100% happening without resistance or 'faking' by the participant.

2. What is happening with the participants?

The participants are usually 'somnambulists' (easily hypnotized - more on this shortly) and acting completely subconsciously to the stage hypnotist's suggestions. Consciously they are not aware of what they are doing, and as such offer no resistance to the instructions given. Sometimes they will remember what they did afterwards, and sometimes they won't. This all depends on the instructions specifically issued by the hypnotist and the level of trance they are taken into.

3. Are the participants random or are they chosen?

This is the most important part! Before a show the audience members usually go through a series of short questions and tests whereby the hypnotist can gauge how susceptible they are to hypnosis. From here a select few are chosen to go up on stage because they are very easily hypnotized (somnambulists). This is usually around5-10% of the people, so the stage hypnotist will always look out for them because they make things much easier. Not every single person is capable of being so open to suggestion for stage hypnosis, and that is a key part of the process to find those that are.

4. What does the hypnotist do to the participants behind closed doors?

After the audience members are chosen, they will go through a series of rapid inductions usually behind closed doors. Here the stage hypnotist will put them into a trance and begin use anchoring words and post-hypnotic suggestions for later. These are trigger words/actions that will make the participant quickly enter back into that hypnotic state on stage. You may have seen sometimes how a stage hypnotist will click their fingers and the person instantaneously goes back to sleep. This is initiated before the show during the initial hypnosis stage.

5. Do the participants stay in hypnosis forever?

Definitely not. After the show (often on-stage) the hypnotist will do what is known as a 'wakeup' whereby the person comes back to full alert consciousness and all suggestions and trigger words are erased. This is much the same like we use on our recordings, where at the end you are instructed to come wide awake feeling alert and fresh. After this happens the participants are completely safe to leave the venue, drive home and go about their normal lives again (without clucking like a chicken every time they hear the word 'chicken').

Well I hope I have shed some light on some of the myths surrounding stage hypnosis here. Now you can wait for the new 'You're Back In The Room' TV show to come out an know how it all works! The most important thing I wish to leave you with is that stage hypnosis is utilizing something which is very special and can help people immensely with improving their life. The state of hypnosis can be used for good and for bad purposes. So where does stage hypnosis fit into this scheme of things? I will leave that up to you to decide.