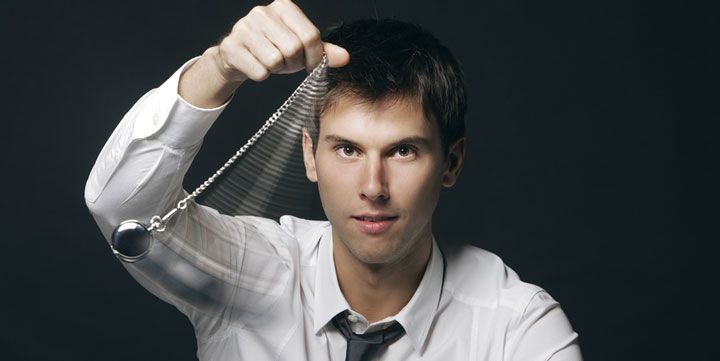 What are Persuasion Techniques?

Persuasion isn't technically brainwashing, but it is the manipulation of the human mind by another individual, without the manipulated party being aware what caused his opinion shift. In this article I am only delving into a few of the thousands of techniques in use today otherwise I would have to write a thesis based on the prevalence of mass manipulation techniques in modern society. The basis of persuasion is always to access your right brain. The left side of your brain is analytical and rational. The right side is creative and imaginative.

That is over-simplification, but it makes my point. So the idea is to distract the left brain and keep it busy. Ideally, the persuader generates an eyes-open altered state. Politicians use these powerful techniques all the time; lawyers use many variations that, I've been told, they call "tightening the noose".

Assume for a moment that you're watching a politician give a speech. First, he might generate what is called a "yes set". These are statements that will cause listeners to agree.

They might even unknowingly nod their heads in agreement. Next come thetruisms. These are usually facts that could be debated, but once the politician has his audience agreeing, the odds are in the politician's favor that the audience won't stop to think for themselves, thus continuing to agree. Lastly comes thesuggestion. This is what the politician wants you do, and since you have been agreeing all along, you could be persuaded to accept the suggestion.

Read the following political speech, you'll find that the first three statements are the "yes set," the next three are truisms and the last is the suggestion:

"Ladies and gentlemen, are you angry about high food prices? Are you tired of astronomical petrol prices? Are you sick of out-of-control inflation? Well, you know the Other Party allowed 18 percent inflation last year; you know crime has increased 50 percent nationwide in the past 12 months, and you know your pay packet hardly covers your expenses anymore. Well, the answer to resolving these problems is to elect me, John Jones, to the Senate."

Example: On key words, the speaker would make a gesture with his left hand, which research has shown is more apt to access your right brain. Today's media-oriented politicians and spellbinders often are carefully trained by a whole new breed of specialist using every trick in the book, old and new, to manipulate you into accepting their candidate.

Another technique is to say one thing with words but plant a subconscious impression of something else in the minds of the listeners and/or watchers.

Assume you are watching a television commentator make the following statement:

"Senator Johnson is assisting local authorities to clear up the stupid mistakes of companies contributing to the nuclear waste problems."

It sounds like a statement of fact, but if the speaker emphasizes the right words, and especially if he makes the proper hand gestures on the key words, you could be left with the subconscious impression that Senator Johnson is stupid. That was the subliminal goal of the statement and the speaker cannot be called to account for anything.

Persuasion techniques are also frequently used on a much smaller scale with just as much effectiveness. The insurance salesman who knows his pitch is likely to be much more effective if he can get you to visualize something in your mind. This is right-brain communication. For instance, he might pause in his conversation; look slowly around your living room and ask: "Can you just imagine this beautiful home burning to the ground?" Of course you can! It is one of your subconscious fears, so when he forces you to visualize it, you are more likely to be manipulated into signing his insurance policy.

Subliminal messages are hidden suggestions that only your subconscious perceives. They can be audio hidden behind music, or visual, airbrushed into a picture, flashed on a screen so fast that you don't consciously see them, or cleverly incorporated into a picture or design. The series by Wilson Bryan Key, Ph.D., on subliminal messages used in advertising and political campaigns well documents their misuse in many areas, especially printed advertising in newspapers, magazines, and posters.

The big question about subliminal messages is: Do they work? I guarantee you they do. I know this not only by the responses from people who have used my CDs, but also from the results of many well studied programs, such as the subliminal embedded enticements behind the music in many shopping centers and department stores. Supposedly, with the only message being; "Not to steal", one US East Coast department store chain reported a 37 percent reduction in thefts in the first nine months of testing. In a 1984 article in the technical newsletter Brain-Mind Bulletin, the director of the Laboratory for Cognitive Psychophysiology at the University of Illinois stated that as much as 99 percent of our cognitive activity may be subconscious. The lengthy report ends with the statement:"These findings support the use of subliminal approaches such as taped suggestions for weight loss and the therapeutic use of hypnosis and Neuro Linguistic Programming."

Vibrato is the tremulous effect imparted in some vocal or instrumental music. The cycle-per-second range causes people to go into an altered state of consciousness. At one period of English history, singers whose voices contained pronounced vibrato were not allowed to perform publicly, because listeners would go into an altered state and have fantasies, often sexual in nature. People who attend opera or enjoy listening to singers such as Mario Lanza are familiar with this altered state induced by the performers.

Fear and desire are two powerful ways to encourage a person to change their minds. The coercive techniques of fear and desire used constantly and effectively by governments, marketing companies, and advertising agencies. Create a fear in people's minds and then offer a solution to calm that fear. For example AIDS will kill every person who has unprotected sex. Desire, you must wear a condom. Once the AIDS message got out condom sales went through the roof, and the more the fear was perpetuated the higher the sales of condoms went.

Everybody is subconsciously fascinated by sex and death. Ninety percent of direct internet revenue is via the marketing of pornography and pornographic websites. Who can stop themselves from rubber-necking at the scene of a fatal traffic accident? If you want to get people's attention and interest sex and death are two very good lures.

These are electromagnetic in nature. One of the primary uses of Elf's is to communicate with submarines. Dr Andrija Puharich, a highly respected researcher, in an attempt to warn US officials about Russian use of Elf's, set up an experiment in which volunteers were wired so their brain waves could be measured on an EEG. They were sealed in a metal room that could not be penetrated by a normal signal. Dr Puharich then beamed ELF waves at the volunteers. Elf's go right through the earth and of course, right through metal walls. Those inside couldn't know if the signal was or was not being sent. Dr Puharich watched the reactions on the technical equipment. Thirty percent of the people inside the room were strongly influenced by the ELF signals in six to ten seconds. Their behavior followed the changes anticipated at very precise frequencies. Waves below 6 cycles per second caused the subjects to become emotionally upset and even disrupted bodily functions. At 8.2 cycles, they felt very high and elevated, as though they had been in masterful mediation. Eleven to 11.3 cycles induced waves of depressed agitation leading to riotous behavior.

Dr Patrick Flanagan invented a device he called the Neurophone, an electronic instrument that can successfullyprogram suggestions directly through contact with the skin. When he tried to patent the device, the US government demanded that he prove it worked. When he did, the National Security Agency confiscated the Neurophone. It took him two years of legal battles to get his invention back. In using the device, you don't hear or see a thing. It is applied to the skin, which Dr Flanagan claims is the source of special sense.

The skin contains more sensors for heat, touch, pain, vibration, and electrical fields than any other part of the human anatomy.

During one test, Dr Flanagan conducted two identical seminars for a military audience, one seminar one night and one the next night. When the first group proved to be very cool and unwilling to respond, he spent the next day making a special tape to play at the second seminar. The tape instructed the audience to be extremely warm and responsive and for their hands to become "tingly". It was played through the Neurophone, which was connected to a wire he placed along the ceiling of the room. There were no speakers, so no sound could be heard; yet the message was successfully transmitted from that wire directly into the brains of the audience. They were warm and receptive, their hands tingled, and they responded.

The main thing when it comes to rising above the various persuasion techniques that are subtly influencing our lives is to become aware. It is important to note that the different persuasion techniques, when used responsibly, can be extremely beneficial to implement positive self change and personal development. For instance subliminal messages, when used properly, are able to cement positive ideas into the deepest parts of our minds to more easily override any negative patterns that are prevalent.

In 2010 I did a few radio shows including Coast to Coast AM and Mancow Radio that focused on providing ways to 'break free' from control and manipulation techniques. The highlight of each show was a mass hypnosis over the radio called 'Free I Am' which simply helped remind the listeners that they are their own individual, unique and beautiful person and to always remember this. This is believed to be one of the largest mass hypnosis (announced) radio events ever performed with more then 1 million people listening on Coast to Coast. By doing this I received a multitude of positive feedback and thanks from people who experienced success practicing these techniques.

Strange as it may seem, using positive hypnotic and manipulation techniques to fight against more negative and irresponsible use of the same techniques is one of the best solutions to move forward. This is just one of the many paradox's life throws at us.

Ultimately it all comes down to knowledge, awareness and a conscious effort to break through. Understand how different organizations can irresponsibly use persuasion techniques to manipulate you, become aware of when you are exposed to these scenarios, and then make a conscious effort to simply not be a part of the game. This is good advice and can help you maintain your own individuality and choice in life.

If you wish to fight fire with fire, I recommend trying my Enhance Your Intuition CD/MP3 or Personal Development Progam to bring greater awareness both consciously and especially subconsciously.

The article was enriching.