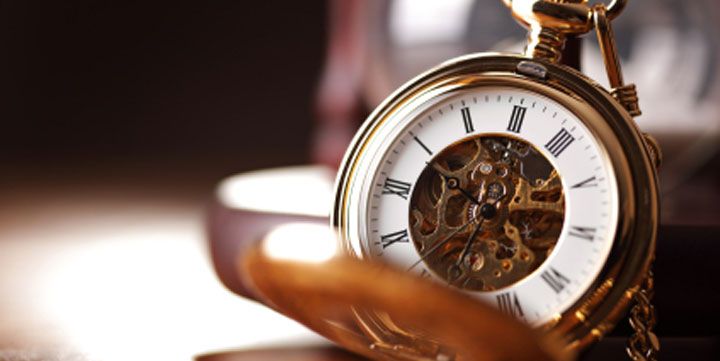 The phenomenon of trance has a long history stretching beyond ancient Egyptian times. Hypnosis by comparison has a much shorter history, which somewhat incorrectly can be traced to the 18th century when an Austrian born physician by the name of Franz Anton Mesmer claimed that he had discovered and perfected a certain control of the human energy field, which he called animal magnetism.

Mesmer believed that physical and mental illness was mostly caused by a lack of or an incorrect alignment of an ethereal magnetic substance that flowed down from the heavenly bodies. He also believed that he was a vessel for this so called animal magnetism and that he was also able to transmit it to others. Modern Quantum Physics has now shed a tremendous amount of light on Mesmer's postulations.

The first significant figure to appear in the post Mesmerism era was the factual father of hypnosis as it is understood today, he was James Braid. Braid rejected animal magnetism and Mesmerism but recognized that the phenomenon of trance had much therapeutic value. He originally and falsely believed that hypnosis was a form of nervous sleep and named his trance method neuro-hypnotism, which he later shortened to hypnotism. Braid understood that verbal suggestion could be used to induce trance and that trance, once produced, significantly increased acceptance to suggestion. Briad often emphasized that it was more so the patients' willing responsiveness than the hypnotist's power that made hypnosis so remarkable effective.

Another pioneering hypnotist was a Scottish surgeon named James Easdaile. Easdaile performed several thousand surgical procedures using hypnosis as an anesthetic. Many of these were major operations, including seventeen documented limb amputations. Because of an absence of pain or shock for his patients, Easdaile's post surgical mortality rate was only 5%, while the then expected mortality rate using conventional medical methods was 50%.

Perhaps the greatest setback and primary reason that the many benefits of hypnosis faded into an incorrectly perceived arena of mind control, mysticism, satanic possession and opportunistic entertainment, was the fact that after using hypnosis therapeutically for five years the so-called father of modern psychoanalysis, Sigmund Freud, suddenly began to reject its effectiveness. In 1910 Freud gave a lecture stating that he had become dissatisfied with being able to induce only a small percentage of his patients into deep trance. This dilemma probably came about because of his dubious ability as a hypnotist.

The legacy of Freud's abandonment of hypnosis is well summed up in the writings of the American psychiatrist Dr D.H. Malan, who wrote "Freud unwittingly took a wrong turn by rejecting hypnosis, which led to disastrous consequences for the future of psychotherapy and an enormous increase in the duration of treatment, using a method which itself has now become, to say the least, of doubtful therapeutic effectiveness."

One of the most beneficial aspects of hypnosis is the ability of the subconscious to allow the conscious mind and the physical body to release accumulated stress. People don't usually go to sleep in the classic sense of the word during hypnosis. More so they drift into a highly focused state of non-emotional relaxation and nobody will do any deeper into trance than they allow themselves to go, excepting perhaps when the hypnotist has convinced them otherwise.

It has been scientifically proven that there is a strong and effectual connection between the mind and the body, and also that an excessive accumulation of day-to-day stress is the primary cause for many of today's physical and mental illnesses. Hypnosis can release physical, mental and emotional tension from the nervous systems in the body and the mind.

People who are challenged by Stress, a desire to Quit Smoking, Weight Loss, Appetite Control, Anorexia Nervosa, Bulimia, Depression and countless other issues often benefit significantly from the use of hypnosis, while for a few hypnosis may afford only short term or limited benefit.

Most present day beliefs about hypnosis are incorrect and resultant from over zealous movie producers and irresponsible stage hypnotists. So far as stage hypnosis is concerned the hypnotist may have hypnotic inducement talents, but he or she has no magic power. More correctly, stage hypnotists invite volunteers up onto the stage, then using learned skills, weed out those volunteers who are more easily susceptible to suggestion.

Stage and entertainment hypnosis is not mind control at all, it is mostly a hypnotized subject's voluntary recognition and acceptance of the hypnotist's illusional suggestions by those volunteers who, whether they are aware of it or not, have at some level willingly agreed to comply.

Another aspect of hypnosis worth mentioning is regressive therapy; when whilst in hypnosis the hypnotized subject is regressed to review some apparent happening from the past, or to find so-called repressed memories etc. This can be followed by an often frightening negative abreaction, during which the hypnotized victim may display hysterical mental and/or physical discomfort from what they are experiencing.

Regressive therapy using hypnosis can be dangerous. It is significantly unsubstantiated, and unless performed by a competently trained therapist, regression offers only dubious therapeutic value. If the subconscious mind has hidden something from the conscious mind it has done it for good reason. There is often little or no evidence to determine that what is being reviewed by a hypnotically regressed person is real - as opposed to an accidental pre-hypnosis, or during hypnosis, implementation of a false or idealistic memory.

It has often been demonstrated that when a therapist suggests the possibility of, then subtly encourages their existence, intentional or accidentally implanted false memories can easily become believed realities. New memories, or "snapshots of perception" are continuously altered or created by the subconscious mind, but memories are mostly idealistic glimpses of previous perceptions. So, by correctly utilizing focused imagination, the subconscious creation of a consciously believed false memory is relatively easy.

It Is Not Difficult To Learn How To Hypnotize Another Person.
Knowing What To Do When The Person Is In Hypnosis Requires Expertise and Is An Entirely Different Matter.

All hypnotherapists aren't necessarily qualified or good counselors or even good hypnotists for that matter and if a person has a Doctorate in Medicine or a Psychology degree, that is also no indication of their effectiveness as a hypnotist.

In Australia, many Doctors, Psychologists and Hypnotists appear to favor the Ericksonian model, ignoring the fact that another persons style can never be adapted and presented as effectively as what it could be when presented by its creator.

Hypnotherapy is not about authoritative mind control or emotional regression. Skillfully correctly applied hypnosis is about subconscious perception enabling a conscious alteration of habitual negative beliefs.

Warning: Although for the significant majority hypnosis is quite safe and very effective as a therapeutic resolution for many physical and mental ailments, any person suffering from mental health problems such as Schizophrenia, Psychosis. Delusional Disorder, or Multiple Personality Disorder should not be hypnotized by a lay hypnotherapist (non-medically trained) without a referral from the subject's doctor or another qualified mental health practitioner. Nobody should ever be advised to discontinue the use of prescribed medications without the same qualified approval.