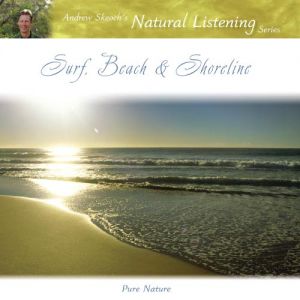 Just the pure high definition sounds of an Australian beach as the waves roll in. There is no music, no words - just the ocean as Mother Nature intended.

Absolutely stunning sound quality of the ocean waves as they hit the shore, coastal birds and the magnificent atmosphere of a remote Australian beach environment all on a CD. Only Andrew Skeoch and his wife Sara Koshak from Listening Earth could present this nature recording in such clarity and depth. Playing the Surf, Beach and Shoreline CD truly makes you feel as though you are sitting on a secluded beach in the middle of nowhere, drifting away to the rolling sound of the waves against the lovely white sandy beach and pebbled shores.

Ocean waves, when recorded in such high definition audio as on this CD in particular, can have incredible effects on the mind and also the body. For the purposes of achieving deep relaxation, many people would agree that nothing beats the sound of gentle ocean waves as the sound cycles back and forth and across the frequency spectrum in a continuously pleasant motion. This is why this particular nature CD is highly regarded amongst many of our self meditation fanatics and also clinical hypnotists as the perfect soundtrack to promote the deeper Alpha and Theta States of Mind essential for discovering more about one's own self through deep thought and meditation.

Water is an amazing force and even the sound of water in it's rawness can be a powerful trance and relaxation tool. This CD is a great example of how the sound of the ocean can be professionally captured through quality digital recording equipment to give us the ability to experience the sound of the beach in our own homes. Play this CD through a good quality pair of headphones and you will hear exactly what we mean. It is just incredible! This is not to say that playing this CD through a stereo system is no good, because that is still fantastic especially if you have got a quality stereo, it is just that headphones really make you feel like you are there. When you use headphones you get the full stereo spectrum between your left and right ears and this binaural type effect has been known to help center the right and left brains to promote greater concentration, clarity and ability for complex thought.

The actual surf sounds on this album were captured on a relatively calm day so there is no 'booming' or 'crashing' waves, rather the gentle rhythm of small waves as they run aground into sandy shores and also pebble beaches. This is recorded in a full stereo audio format in high definition, meaning that you can properly hear all around where the waves and other ocean sounds are coming from. As with all of Andrew Skeoch's CDs, it really does feel like you are there.

Recorded in the Southern reaches of New South Wales in Australia, you will only hear natural sounds on this CD from the far reaches of unadulterated natural Australian coast line. There is minimal bird sounds, and a pleasantly distinct lack of those 'annoying squawking' sea gulls that you hear on many other surf and beach CDs. It is just pure bliss to sit back and listen to this album in it's full.

It is interesting to note that the cyclic and repetitive nature of the sound of gentle waves against a shore is not too unlike the pulse of theta rhythm that you hear on our hypnotherapy recordings. Such is the audio properties of waves that a wonderful trance like effect is produced when one listens to it.

Another interesting point is the fact that as humans we not only completely rely on the ocean and other water for life, our weather and our environmental climate, but we are also physically made up of about 80% water meaning there is a very distinct connection between humans and the ocean. This connection has been discussed at length by many progressive researchers and scientists, especially in terms of when listening or being close to masses of water such as at the beach. There is supposed healing properties to be gained from this and from we have even received reports of this CD helping people with Tinnitus.

So we highly recommend doing yourself a favor and grabbing a copy of this wonderful CD for yourself. Once you own it you can use it whenever, wherever and however you like and you will have 24 - 7 access to a powerful relaxation session so you never become anxious or stressed out again. Simply wonderful stuff!

Other programs that go well with this one... 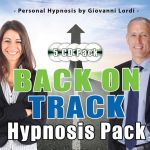 Back on Track 5 Pack 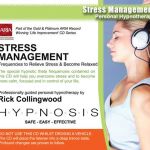 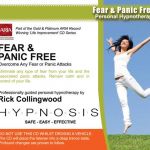 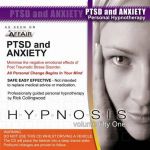 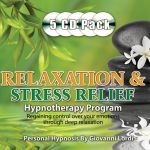 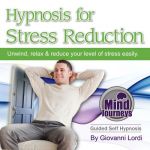